The History of Pink and blue

The history of pink and blue 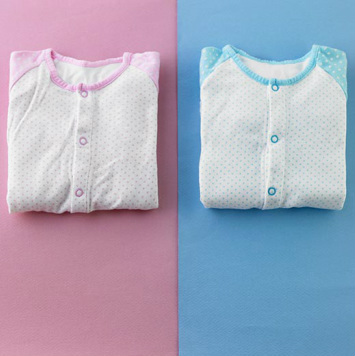 Pink is for boys and blue is for girls. Sounds wrong doesn't it? Around the beginning of the the 19th century that was considered the norm. Blue was considered the more feminine color, while pink was considered a more masculine color due to its perceived power. Jo Paoletti goes on to state that gender was not the only factor in choosing pink or blue for a child, but also “Blue was flattering for blonds, pink for brunettes; or blue was for blue-eyed babies, pink for brown-eyed babies”. It is interesting to note that before the emergence of pink and blue in the 19th century, both male and females were dressed in all white. The reason white was worn was because it was easy to bleach in case the child made a mess of their clothing. Males and females would wear white dresses until the age of six, and males would typically have long hair that they didn't cut until the age of six or seven. The use of white underscored the neutrality of gender at this tender age. Just before World War I,  blue and pink became more gender specific.

At the start of the women’s liberation movement, girls were no longer dressed in pink clothing, but began sporting more masculine clothing. Feminists believed that clothing constricted women from being equal to males. “ If we dress our girls more like boys and less like frilly little girls... they are going to have more options and feel freer to be active.”4 According to Paoletti this was when pink became more associated to females, since they refused to dress their daughters in pink clothing. This may show that removing the gender stereotype did not begin recently, but has been a process since the 60's. Although there were many women trying to eliminate the gender stereotype in the 60's and 70's, the beginning of the 80's made it difficult to do so. In the 80 pink and blue no longer just related to clothing, but to everything else, such as dippers and toys. 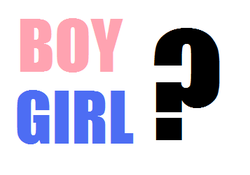 Nowadays, the moment a family member or a friend finds out about a pregnancy, the first question they ask is “Is it a girl or a boy?.” In fact, sixty eight percent of parents find out the sex of their child within the first eighteen to twenty weeks of pregnancy. Once the sex is determined, pink pacifiers, blankets and clothing is bought for a girl, while boys will receive mostly blue gifts.  Gender stereotyping does not end in infancy; in fact a study was mentioned in the “ Pink or Blue: Environmental gender stereotypes in the first two years of life,” in which forty children in five month age group, thirteen month age group and twenty five month age group were examined.  What the researchers found was that boys were given more sports equipment, cars, tools and blue clothing while females were given more dolls, furniture and pink clothing.

Gender stereotyping starts the moment the sex of the child is known so it isn't surprising that “Children as young as three or four become conscious of their gender, and don't realize it's permanent until six or seven.” Although there are many parents that use the gender stereotypes for their child before they are born, there are also parents that try to eliminate the stereotype. There has been controversy based on the idea that gender stereotyping will confuse your child on what gender they truly want to be. However, “Some gender specialists estimate that one in five hundred children is significantly gender nonconforming or transgender. An older study based on statistics of postoperative transsexual men put the number at one in twenty thousand.” Children within this category may become confused if their parents have raised them based on the stereotype; it's been shown that children raised without rigid gender barriers have less mental distress regarding the concept of gender. Although it may seem that gender stereotyping is less prevalent than it was when it first started in the nineteen hundreds, a study done by Lloyd Lueptow at the University of Akron showed that “ University students today actually perceive greater differences between men and women than students did in the 1970's, especially when it comes to the labels “sympathetic,” “talkative,” “responsible,” “friendly,” and “affectionate.” Hopefully raising awareness of pink and blue stereotypes can help eliminate rigid gender roles in future generations.


For more information on the resources used in this article, visit the following links: